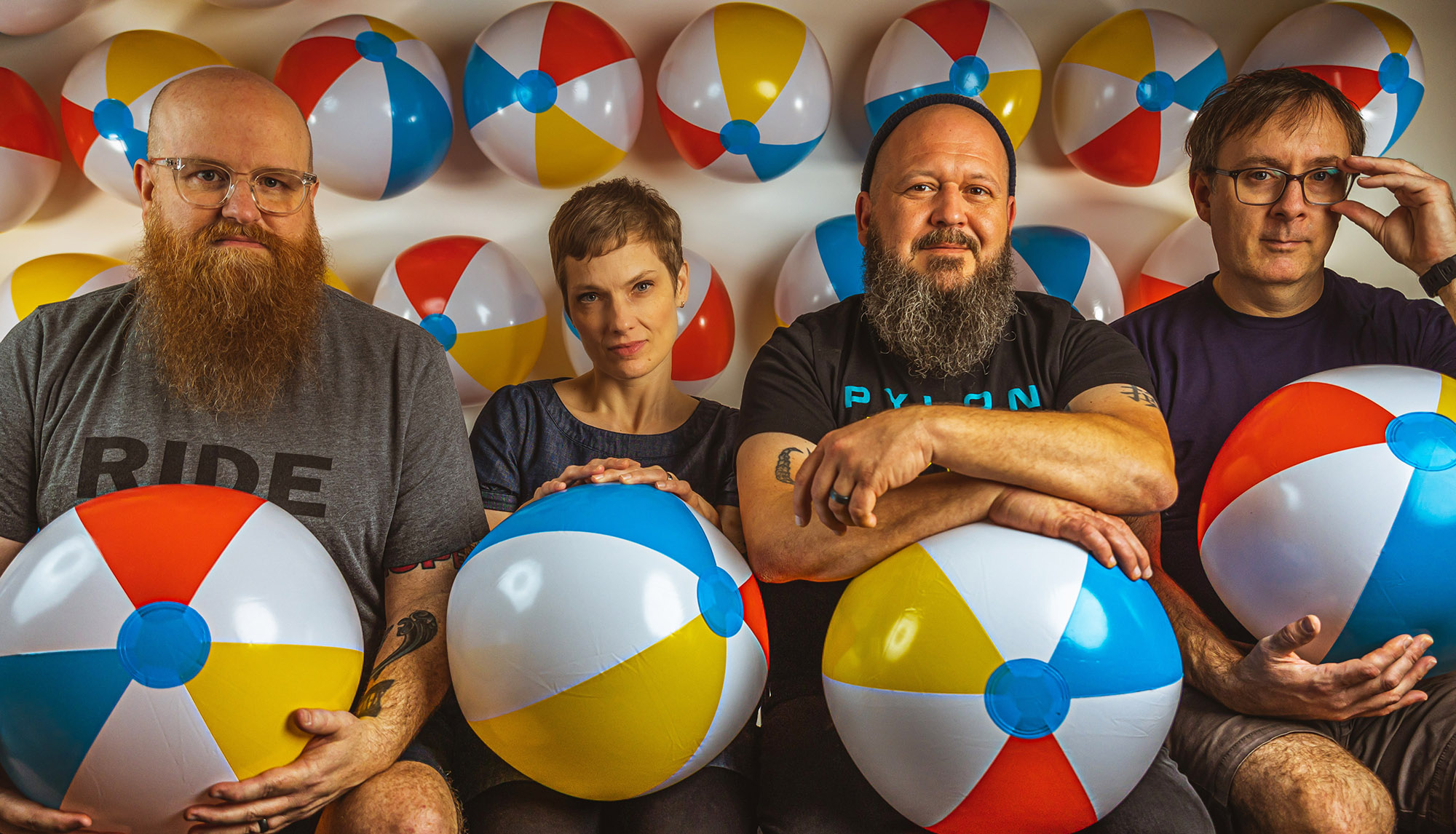 Pohgoh reactivated as a band back in 2016, and they’re prepping to release a new 12-song album on November 4th through Spartan called du und ich. Its first single, “Weeds,” was inspired by frontwoman Susie Ulrey’s life with multiple sclerosis and life in the COVID-19 pandemic, and turned out to be another poppy gem from the Florida-based act. The interesting thing is, the final part of “Weeds” was written many years ago, back when Susie, her husband/bandmate Keith Ulrey, and Matt Slate formed a short-lived band called The Maccabees (not to be confused with a UK band of the same name). Their song “Blameless” would be partially resurrected for the three-minute wonder of “Weeds.”

Working with the great J. Robbins on the album at his Magpie Cage studio, du und ich is yet another grand entry in their extensive back catalog. We spoke with Susie directly about this song, why they brought back part of “Blameless,” and how the band usually works.

What's the story on bringing back a Maccabees' riff for "Weeds"? Was it discovered on an old tape or a riff that never left your mind?

When I was trying to come up with an ending for "Weeds," the chord progression reminded of an old song I'd written in 2000 called “Blameless." After struggling lyrically with the ending, I dropped the outro lyrics of "Blameless" in on a whim and it just felt right.

How much of the new LP was written from scratch versus riffs you've had before?

Pretty much the entire album was written between 2019 and a couple of months before entering the studio in the fall of 2021. "Not Cool" was written in 2017 almost immediately after recording our last album, Secret Club, that fall. The ending of "Weeds" is the only true moment of reaching back in time.

In writing riffs for the new LP, did you save tidbits on your phone or computer, or did you write them out?

We write two different ways. I either bring a song lyrically and on guitar to the band and we then arrange it together or Matt and Brian will show us a riff or pattern they've been working on and we'll sort of jam out parts until they fit, I then add lyrics after the fact. When I'm writing a complete song myself, I tend to record a simple demo on my phone.

J. Robbins once said some of the bands he works with only need to set up microphones and hit Record, while other bands need some guidance, but he wants the band to be who they are. What was it like for the new Pohgoh record?

The songs are, for the most part, as they were written. J. definitely gave us his two cents on a few arrangements, as well as additional instrumentation ideas, vocal harmonies, etc.