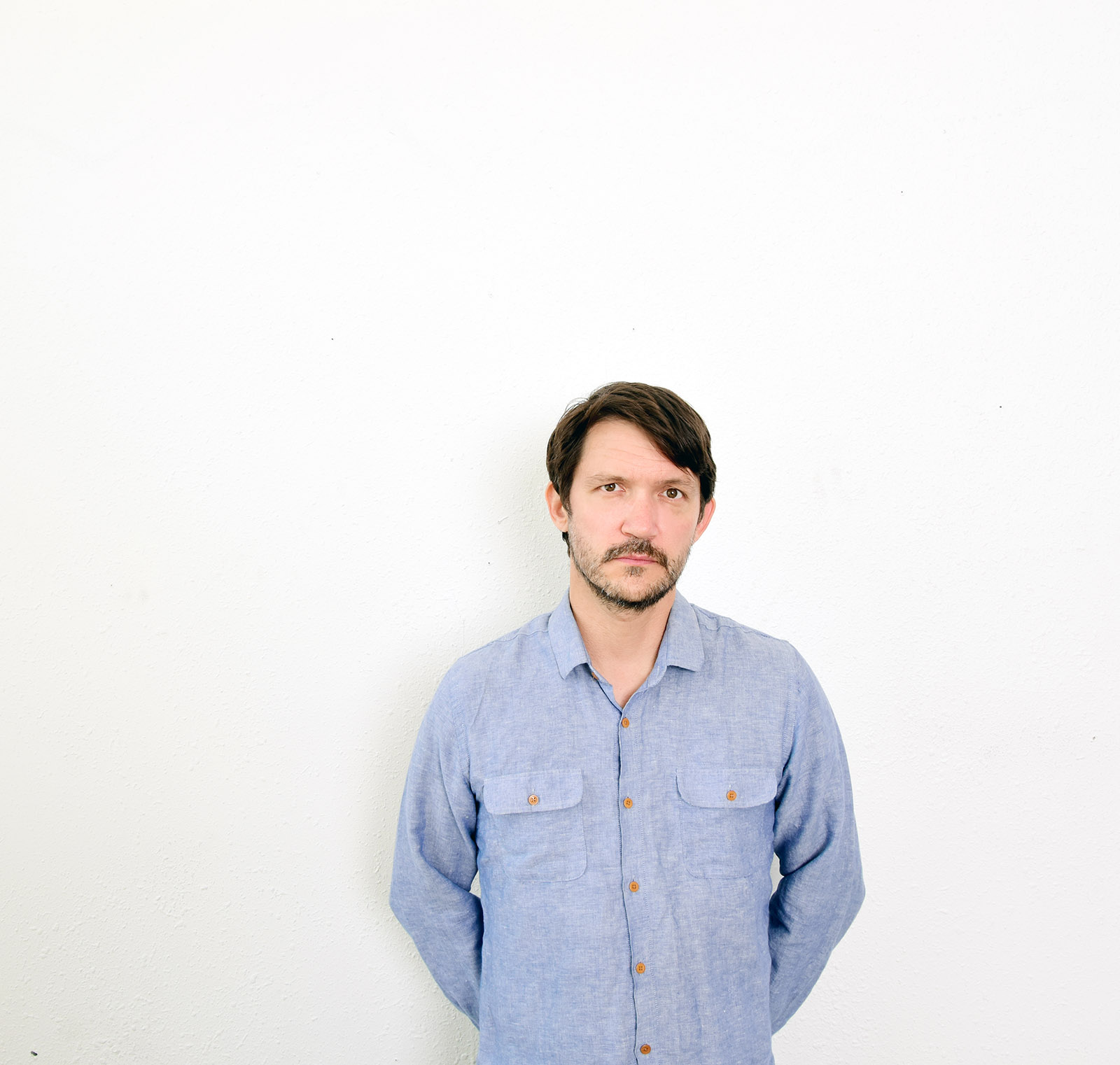 This week we caught up with Tim Kasher (Cursive, The Good Life) and had the chance to chat with him about Mountain Time, the music video for "Rosemary, Etc." (directed by Kasher), his foray into filmmaking, and the transitioning role of the music video. Check out the interview and don't miss the premiere of the "Rosemary, Etc." video below. Thanks for stopping by!

Can you talk a bit about your relationship with Chris? Have your artistic paths crossed in other ways over the years?

I'll always remember the night I first met Chris. Cursive was, I believe, first of four on a bill at the legendary Fireside Bowl in Chicago. I feel I'll botch this lineup, but I THINK it was Mineral / Get Up Kids / Rainer Maria / Cursive. Maybe around '97 or so. Okay, so I might not remember the specifics so well, but I do remember being so stoked and nervous to be playing on such an extraordinary bill. I was nervous a lot back then, as we were young and newly thrust into an underground music scene I was previously not terribly familiar with. As a self conscious kid, I found myself researching bands more and more often to stave off those awkward conversations where other scenester kids would rattle off band after band you weren't familiar with. I was feeling out of place.

BUT, I did love Mineral, had already seen them play back in Lincoln, NE a few months prior. One of the best shows I've ever attended, as far as opening my eyes to what was happening out there in the world and lighting a fire in me.

So, we hung at our merch table for most of that evening at Fireside, not really knowing anyone, but glad to be there. We also knew little to no one in Chicago, so were forced to get a hotel room for the night, a luxury we rarely afforded ourselves. It was the same hotel where Mineral was staying, and Chris was cool enough to pop over to our room to introduce himself and say thanks for the evening. Such a small gesture from the headliner, a band that meant so much to us. Clearly, as I relay this teensy tale, it had an impact on me. I know Chris must be terribly embarrassed when I tell this story! I've gotten to know so many good folk through the last 25 years of touring, but Chris and I have maintained a closer relationship, merely through the simple effort of reaching out and checking in.

When did you begin to pursue filmmaking/video production alongside music?

I started writing screenplays when I turned 30, as I had always daydreamed of working in film. Mostly, I just like storytelling in all forms, but film is our century's amazing blend of audio and visual technique, displayed larger than life in theaters. That's always been thrilling to me. Making videos is very hobbyist for me, a fun way to play around with friends and ideas. I suppose I first started with my dad's clunky consumer video camera rig when I was a kid, making ridiculous home movies, as many of us did.

Are there similarities in how you approach both filmmaking and songwriting?

Yes and no. I mostly want to tell a story in either medium, but the method of storytelling can be so different. That said, a video that compliments a song isn't necessarily so different from songwriting itself, as you only have a handful of minutes to get your idea across. I assume this is why so many songs and videos are abstract, haha.

Can you tell us a bit about the production process for the video -- it appears to have been shot in a number of different locations?

This is a very 'no budget' production, if you couldn't already tell, haha. But shooting without a budget can be a blast, as you pool whatever resources you have available to you. I decided to shoot this while on a Cursive tour so I could tell a story with various locations. Resourceful. My good friend, Jess Price, was out with us, and as she is an avid filmmaker herself, she was game to pitch in and even play the main character. She was returning a favor, of sorts, as Chris Simpson had already donated his time and charisma to 'star' in a video for Jess' band, Campdogzz, a video I had shot in and around Chris' home state of Texas while on tour a year earlier (also, very 'no budget'). Megan Siebe, who plays cello with Cursive, pitched in a lot as well, whether running the camera or playing various roles throughout.

We laid out a very loose storyline, then mapped out where we could relay the story via the various stops on tour. Some locales, such as Las Vegas, had to be city specific, others were more casual. We ended up shooting in Redding, CA, San Diego, Las Vegas, Fort Collins, CO, Colorado Springs, and it started and ended in Omaha. I may be forgetting one or two stops.

Can you talk about the decision to use the "traveling evangelist" as the protagonist for the video?

Chris and I lobbed a few ideas around before settling on this story. Chris had mentioned "Wise Blood", the Flannery O'Connor book we both admired. A lot of great imagery in that story, brought to life by the John Huston film starring Brad Dourif and Harry Dean Stanton. I melded those ideas into what would become this loosely told tale of a young woman looking for a new con. I told the story in reverse because I liked the reveal at the end (er, beginning), and also for the mere fun of having this video bookend the Campdogzz video, which was also told in reverse.

Are there any other filmmaking projects/videos that you've been working on that you're particularly proud of?

Plug time! Yes, I wrote and directed a feature length film, No Resolution, released in 2017. I struggled to find decent distribution but did manage to tour it around the country, showing it at some venues and a handful of Alamo Drafthouse Theaters. The distribution I did end up using for online streaming has since folded, so it's currently not available anywhere!

Any insight on how the importance or role of music videos has changed over the course of your career?

I waffle on this a lot. Clearly, the video is not the mighty vehicle it once was, when it had cable channels devoted solely to airing and promoting them. But now that our world has fully acclimated to staring at screens for everything always at all times, one could argue that there is space and usage for the music video again. I love them, as I grew up on them, but I prefer the 'no budget' route more than ever, as I am unsure how much attention people are offering to them over simply listening to a song on whatever streaming platform one uses. Regardless, it's still a vibrant, unique artform, and I'm of the opinion that the less money spent on them, the more interesting they are. That's the epitome of classic videos from the early MTV days, when labels weren't sure if videos would really take off or not so they'd throw $150 toward some college kid with a camera.