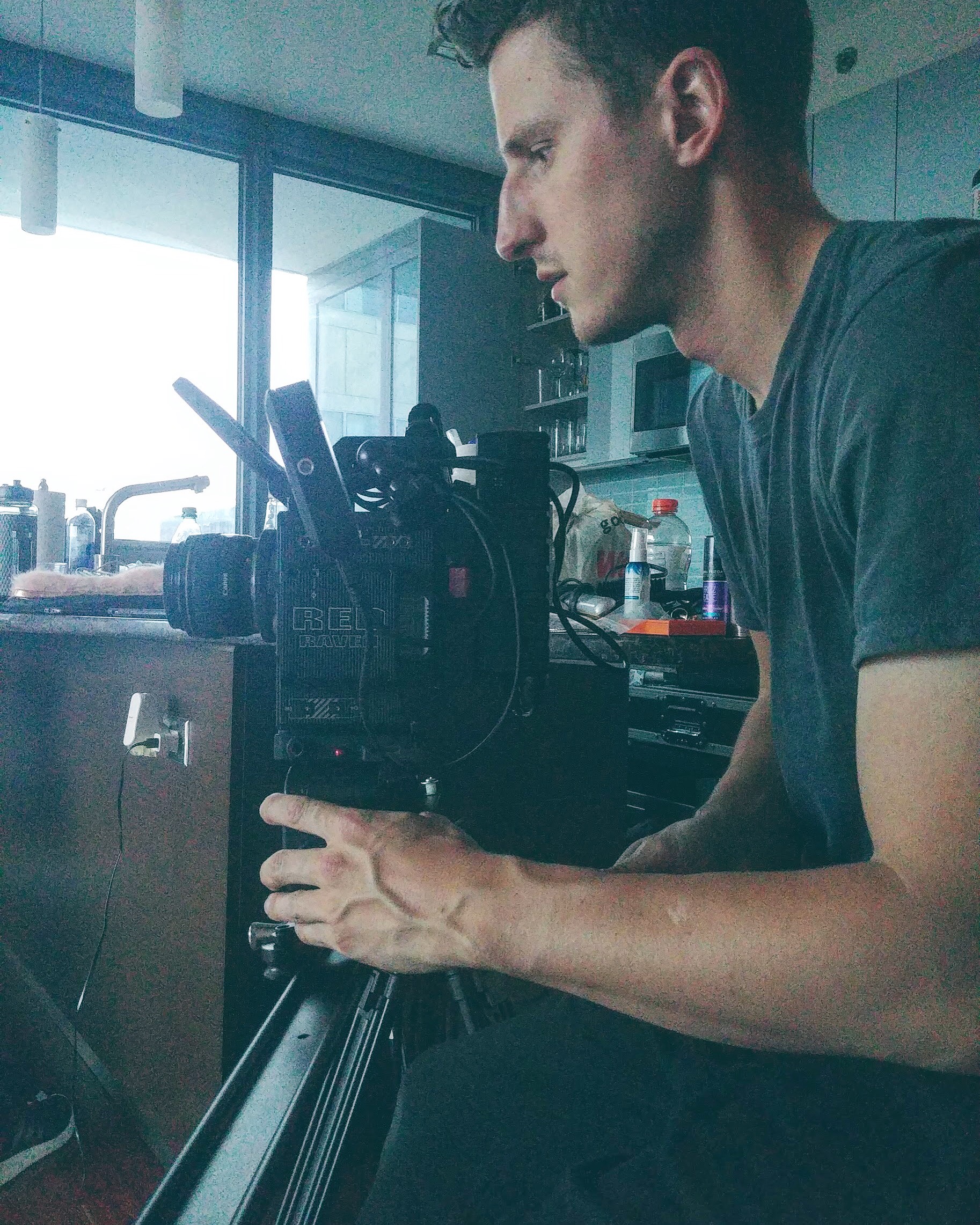 Hey folks, we’re back with Spartan Profile #4 — an exclusive interview with video director/editor Ian Fursa. Check out our interview with Ian below where he takes us behind-the-scenes of the production of The Darling Fire’s brand new music video “Saints in Masquerade.” Here at Spartan we are fired up about every piece of content we release into the world, but this video is something special — a dark and heavily stylized journey that perfectly captures the essence of the band. Please enjoy Ian’s thoughts below on inspiration, creating an 80’s aesthetic, nostalgia, and working with The Darling Fire.


What inspires you as a director?

Everything in life! I’m very into studying how metaphysical philosophy, psychology, and social psychology play into our art and daily lives. I think the most beautiful visuals and most powerful stories are just creative ways of showing what some deal with on a daily basis in a way that strikes that same emotion.

What were the central themes or ideas you were exploring with the video?

I’d say fear of change, how that can breed within some family dynamics, and how media plays into it. This video’s story was actually inspired by my girlfriend’s family. She is a first generation American, so there is a constant duality between traditional and modern ways of living in her home. I was actually really happy when I thought up the idea of using new versus old toys to symbolize the fight against change.

Visually, the video reflects such a specific time period — what elements were important in creating that aesthetic?

I think we really got lucky with locations on this project. Some scenes are almost solely lit by the neons and arcades that were on location. This really set the tone for the video on the first day. I tried to bring that same feel to the house scenes by always having this one teal spot light shining somewhere within the scene, but since that color of light wouldn’t normally be in a house setting, it gave us a more stylized look. That lighting mixed with our choices in props, I think tied everything together to give the video a more time specific aesthetic. 80’s baby!

Can you talk about the process of acquiring all the props and setting pieces?

I am really thankful to members of the band that put a lot of hard work into the masks and some other props we used. The masks were simple white masks that Jolie and Jeronimo took the time to paint and age based on the character that would wear it. The handheld video game was treated in a similar way too. Also, thankfully the owner of the house location was a vintage collector, so the process of dressing the house set was really picking and choosing what these surreal characters would actually have in their home, while also trying to keep to a certain color scheme and time period.

The use of lighting and projections is really striking throughout the video — can you talk about the feel you were trying to create with those elements?

Well, we knew from the beginning that we wanted it to have an “80’s vibe” with the look of neons and drastic light to dark contrast. Once we decided that we were going to go more surreal with how we told the story, it opened us up to the idea of using the projector to show the media broadcast being almost imprinted onto the parents through these bright beams of light. It became a really cinematic way of blocking the TV when you want someone's attention.

Are there certain music videos that have been especially influential in your directing career?

I’d say this video was very influenced visually by films like Blade Runner 2049, Poltergeist, ET, and Close Encounters. I do try to keep up with watching current and older music videos so there are definitely some that inspire me to this day. Just to list a couple that come to mind: Jon Hopkins - "Breathe This Air, Childish Gambino - "Sober," and Kendrick Lamar - "Humble."

Can you describe the process of collaborating with the band during the production?

I had a great time working with The Darling Fire on this. I don’t think I’ve ever worked with a band that was as involved with the process as they were. Like I said earlier, Jolie and Jeronimo were such a big part of designing the props, finding locations, and just being on set with great ideas. This video wouldn’t be what it is without their help!

Ok, so the only thing I can think of is how the first filming day went! My plane landed the evening before so I hadn’t been to any of the locations before we went there to film. I really didn't think we would have been able to get all of the shots/angles we wanted for the band performance scenes with the time we had allotted at the arcade. So, morning of shoot day comes, with a lot of scheduling still up in the air, but after a fairly quick setup we got every one of the shots we wanted. Things just kept going smoothly and we were done hours before we had to be out of the location. Everyone kept talking about how it felt like time stood still for us. It really was nice and was an inspiring way to start the day.

Do you have any upcoming projects that you are particularly excited about?

Well I am pretty excited for the release of this video! Besides this though I have a few commercial projects I directed and two short films I did cinematography for that I am excited to see how they do! You’re just going to have to keep your eyes out for them.

What was your favorite arcade game growing up?


Honestly I didn’t really go to arcades growing up, but I can tell you that my favorite now is the Star Wars Battle Pod. I’ve always loved fast paced racing games and sports like go cart racing, BMX, and I even got really into building and racing drones for a bit. So, the Battle Pod seems to be one of the only games that can hold my attention for longer than a game or two.

Thanks for reading and stay tuned to Spartan Records for upcoming Spartan Profiles and updates on the The Darling Fire’s debut record Dark Celebration, available June 14th.