In certain seasons, time can depart from the static drone of minutes and hours and days and months, and settle into a less mechanical rhythm. It is replaced by something more organic -- a fluctuating heartbeat, both resting and racing. This transition happens without notice as slowly the external becomes the internal. In more linear terms, the new decade will mark a new addition to the Spartan Records roster — Iceland’s VAR, a melodic indie rock quartet. Building upon four years of performance and experimentation within their home country, VAR has honed their devastatingly beautiful sound into something more refined and explosive on their debut LP The Never-Ending Year. Think Sigur Ros with more urgency, We Were Promised Jetpacks with more intricacy, and Frightened Rabbit with more grit.

"The meaning of the name VAR comes from ships entering into the harbor to seek shelter from bad weather out at sea,” says Júlíus Óttar. "The band practices in an old fish plant by the shore in a small fishing village on the south coast. The power and the noise of the ocean is bound to influence you.” As it turns out, the ocean is the perfect sonic metaphor for the dynamics of The Never-Ending Year. Over the course of the record, beautiful lush and layered moments are rattled by frenetic eruptions and soaring punctuations. The Never-Ending Year is a challenging listen that requires both patience and space as it builds and settles, but the crescendoing peaks and brooding descents perfectly articulate a story of the natural world’s seeping influence.

VAR began as a solo project of Júlíus Óttar (vocals, guitar, piano) in 2013, but soon after, he realized that his vision for VAR could not be fully realized without additional collaborators — so he called upon those who were close. Soon his wife Myrra Rós (synths, vocals) and his brother Egill Björgvinsson (bass) joined the band along with friends Arnór Jónasson (guitar) and Andri Freyr Þorgeirsson (drums). With this lineup, VAR wrote and recorded the EP Vetur and performed for several years building a fiercely loyal fanbase. With time and competing responsibilities, Myrra Rós was pulled in a different direction and drummer Sigurður Ingi Einarsson replaced Andri Freyr to solidify the band's current and more concentrated lineup. It was this transition that served as a catalyst for the reimagining of VAR’s sound.

“When we began writing The Never-Ending Year we had to compensate for members leaving. This is when we started playing louder and faster,” says Egill. While loud and fast are the resounding highs on the record, it is the subtle and intricate builds that create the band's arresting dynamic. The album is a wandering journey and a deeply involved listen — unlike the background-in-the-cafe allure of some of the aforementioned bands in the genre. While the album was being written, VAR entered the studio for the first time with a dedicated producer. “We recorded the song ‘Moments' before we had decided to make the full record, and we contacted our friend Eiður to work with us on the single. He had a specific sound that we wanted to try out, and the collaboration was really great — so we moved forward with him from there,” says Júlíus Óttar. One of the big decisions the band had to make with The Never-Ending Year was which language to use for the vocals. "Lyrically there was not a conscious decision to sing in English, until then most of our songs have been in Icelandic. Somehow the feeling of the songs called for English lyrics and we let that feeling flow through the album."

The entire process of writing and recording the album took one year, and it was one with both high and low tides. It was a year that moved slowly; one that seemed as if it would never cease to end. During this time, the band split time between Júlíus Óttar’s small hometown and the busyness of Reykjavik. This prolonged and frequent transition between the calm and the commotion took palpable root in the evolution of The Never-Ending Year — it is unmistakably present in the progression of the album while listening. Equal parts anxious and angelic; resonating and responsive.

The Never-Ending Year stands as one of Spartan Records most of awe-inspiring releases to date, and a record that will grow and evolve with each listen.  Stay tuned to spartanrecords.com for more information, including song releases and stunning live performance footage — words fail to accurately describe the experience of both seeing and hearing the band live. 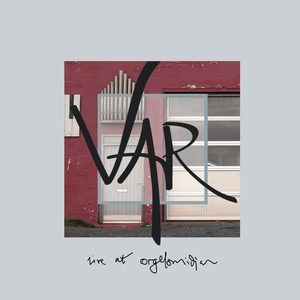 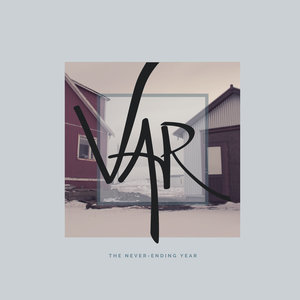