In a time of digital polish and studio patchwork, it has become increasingly rare to hear a record that captures the lightning-in-a-bottle dynamics of a live performance. Music continues to fill our queues, but it feels less and less human, so when a record breaks through the static, it can be a revelation. From San Francisco, Rip Room has emerged with a charismatic and alluringly unpredictable debut full-length record, Alight and Resound. Twelve pulsing songs that harken back to better musical times while somehow embracing the relevance of the moment. Think Unwound, Sleater-Kinney, and Fugazi — propulsive rhythms and piercing lyrics, but with a sense of buoyancy. Wolves in sheep’s clothing.

“I wanted to be in a fun, high-energy band, but with a math-y, prog edge,” says vocalist/guitarist John Reed. “We’re always looking to capture our live sound, and with this record, we wanted that plus a little more to emphasize some ideas or sonic feelings,” adds bassist/vocalist Sarah McKinney. “The subject matter is pretty heavy, but the execution is sometimes a bit more lighthearted and dance-y which I think balances it out well. Our sound was once described as ‘dance music for people who don’t like to dance,’ which I don’t agree with — I’d say it’s ‘dance music for people who like to dance but are also bummed out’.”

After successfully self-releasing and touring on two EPs (Self-Titled; Monsters) Rip Room returned to Louder Studios to reunite with storied engineer Tim Green (Melvins, Bikini Kill, Sebadoh). “The remoteness of Louder Studios is really conducive to making a record. Like a short summer camp for punks,” says Reed. “Tim has a calming effect that really elicits great performances in what can be a stressful process. While for the most part he just lets bands do their thing, he’s contributed some of my favorite moments to every recording I’ve ever done with him.” In addition to dialing in the three-piece’s own dynamic instrumentation, Green also contributed some less canonical sounds and recording approaches, namely stylophone, car fender clanking, and skilled tape manipulation. It is in the amalgamation of these types of individual moments that transforms the record from a casual listen to a layered experience.

Thematically, while instrumentally effervescent, Alight and Resound delves into some more turbulent lyrical waters. Loneliness, chaos, despair, and struggle — yet somehow with a glimmer of hope. “The title of the record is a lyric from the song ‘Get On In The World,’ which is in part about frustration and not really fitting in,” says Reed. “Everyone’s focused or too wrapped up in their own shit and sadly this too often devolves into misunderstandings, at best, and violence, at worst. Alight and Resound is like a plea — move to a different plane of understanding and empathy or else we’re fucked.”

Thriving in the Bay Area is no simple task for a band in these times. As competition grows, venues close, and rents continue to rise, the desire for authenticity in art will only increase. Alight and Resound is a testament to the power of seeking brashness over banality. There is perceptible life and light in the recordings that grow with each listen, and the authenticity of the experience is both palpable and revitalizing. 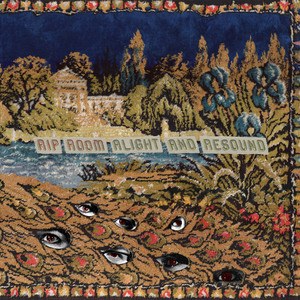