In a time of facsimiles, replicas, and false tributes, along comes Reader — a bombastic, fearlessly unusual rock quartet from Seattle, WA. Practically speaking, this means stunning and precise vocal harmonies over shattering angular guitars, unconventional time signatures, and a driving rhythm section. Less practically speaking, the band’s debut record Engrams is a journey — a dynamic and unpredictable experience that challenges the listener in all the best ways.

Attempting to neatly categorize Reader's sound is a fool’s errand. No clean “recommended if you like” comparisons can be made. The band could best be described as an experimental amalgamation of melodic and layered harmonies over aggressive and mathy guitar-driven rock. Think Alice In Chains meets the late-60’s vocal stylings of groups like CSNY and Simon and Garfunkel. An original juxtaposition of forces, authentic and uncompromised in any direction.

“When we were younger, guitar music made us feel like we belonged to something,” says vocalist Mike Sparks Jr. "Seeing unkempt slackers sling their guitars like spell-casting magic wands was catalytic to authentic inspiration. Rock songs made us real. Frenetic litanies to the power of dingy clubs and, ultimately, to the cult that is Rock and Roll. Those experiences were a compass that dictated the courses of our lives. In Reader, our only goal is to bring that experience to you. No gimmicks. No tricks.”

Reader’s debut release is titled Engrams, which refers to a hypothetical permanent change in the brain accounting for the existence of memory; in other words, a memory trace. Sparks describes this idea as thematically manifesting throughout the record as “a playful allusion to darkness — like looking a memory through an ever-changing lens. A kaleidoscope.” Kaleidoscopic actually turns out to be the perfect adjective to use to describe the entirety of the record. Engrams is an evolving landscape, a “journey is the destination” type of listen, but one that remains completely accessible throughout the track listing. While the record takes fearless risks in terms of instrumental dynamics and heady arrangements, at the core of the album exists a calculated sonic spine that holds constant and keeps all the parts intact.

True to the fabric of the record as a whole, the process of recording Engrams was organic and bare-boned. The record was recorded over the course of five days at The Unknown in Anacortes, WA — a huge room converted from an old church by its owner Phil Elverum (The Microphones, Mount Eerie), which the band has aptly described as a “spiritual place.” In order to capture the essence and energy of the band, Engrams was tracked live with engineer Robert Cheek. The result was an imperfect recording that perfectly captures who Reader is as a band.

Engrams is a collection of mysterious aggregates. Part poetry, part linguistic acrobatics, part enigma. If there is any confluence in the sonic matrix of the record, it is one of dynamism, risk, and excitement. The stylistic ebb and flow of the record’s progression blurs the lines of conventionality, creating an unstable compound — an experience where you aren’t sure what is going to happen next and can’t be too sure about what happened before; a helix of mystery. 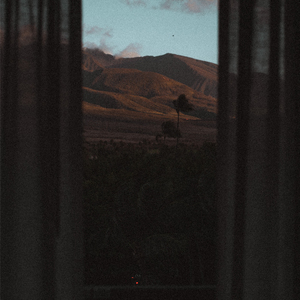 Reader - Behind the Empty House 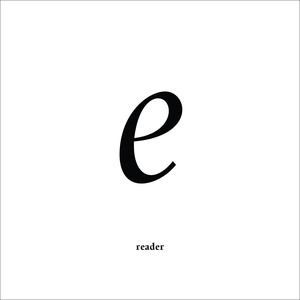