It’s German for “you and I,” an us-against-the-world sentiment those lucky enough to spend the last two-and-a-half years locked down with a loved one can easily take to heart. It’s also the third full-length from Tampa, Florida indie-rock quartet Pohgoh — a collection of 11 earnest, energetic, hook-laden tracks that often find the cult-beloved act at its most joyfully defiant.

Formed in 1994, Pohgoh cut their teeth in the 90's DIY/indie underground with a small league of female-fronted bands of the era like Rainer Maria and Jejune, only to hang it up three years later, leaving behind a sole, posthumous full-length, In Memory of Bab. That album traveled far and wide, however, along with a spate of singles and comp appearances, creating pockets of rabid fans worldwide and engendering a small handful of one-off gigs for Susie Ulrey (vocals/guitar), Matt Slate (guitar), Keith Ulrey (drums) and new bassist Brian Roberts (of Hankshaw) before the foursome settled back in for the long haul in 2016.

Then came the global shutdown. The members of Pohgoh weathered the quarantine with their families — shades of those tough and often lonely times come through most clearly on new track “Weeds” — and reconvened as the world began to open back up, flush with new musical inspiration. They rejoined Robbins at his Magpie Cage Recording Studio in Baltimore with more songs than they’d ever written before going into a new recording project, along with some fresh ideas about how a Pohgoh album should sound.

Textured, tight and emotionally muscular, du und ich is easily the foursome’s most ambitious outing yet, a confident, eclectic release that showcases Pohgoh’s strengths — catchy riffs and big dynamics ridden deftly by Susie’s inimitable voice and evocative lyrics — in a bright new light. The band’s four-on-the-floor rock format is augmented by additional vocals and instrumentation, including pedal steel on the slightly countrified “Planet Houston”, and cello and Hammond organ on "Words Are Harder" and the moody, compelling album highlight “Hammer”. Opener “Now I Know”, “House Burned Down”, “Heavy” and the intensely personal “Over-Under” — about Susie’s decades-long battle with multiple sclerosis (MS) — are among Pohgoh’s best balancing acts ever between hook and heft, driving anthems with just a touch of post-rock edge.

Twenty-seven years later, Pohgoh continues to reassess and reassemble its parts in the most daring yet listenable ways. The act’s third full-length is more than another great album; it’s a collective anthem of survival, a refutation of all that would break us down. It’s a record that says we’re in this together, that it’s us against the world. 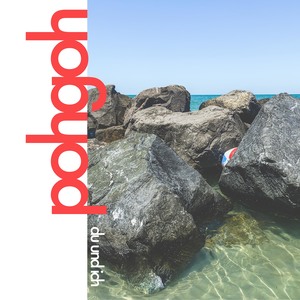