The process of seeking clarity can often be fraught with paradoxes. By way of distortion, the picture can momentarily crystalize, collapses can yield space for new construction, and the pursuit of belonging can catalyze a longing to escape.  It is, however, the full circle nature of the process of seeking that both mystifies and offers the richest moments of reawakening.

In the aftermath of the dissolution of adored emo / indie rock bands Mineral and The Gloria Record, songwriter Chris Simpson took a step back from making music for the first time since his mid-teens.  This period became a critical time of exploration which fueled a longing for simplification, both personally and creatively.  It was during this period that a more refined approach to his creative process was born.  "I found myself exploring a lot of music from the 60s and 70s,” says Simpson. "The Van Morrison record, Astral Weeks was a catalyst I think. But it was Van and Leonard Cohen and Harry Nilsson and Bob Dylan and The Band and Neil Young and David Bowie and Brian Eno and The Velvet Underground and John Cale. I wanted to write simple songs that I could play alone on an acoustic guitar.”

Mountain Time, both a reference to timeliness (or lack thereof) and a childhood amongst the natural beauty of Colorado evolved from Simpson’s previous solo project Zookeeper as the most fitting moniker for the latest project.  With the transition, while the process and approach became more autonomous, the drive and ultimate desire to create remained rooted within many of the same wells of inspiration that fueled previous incarnations of Simpson’s songwriting.  "To me, writing simple songs is much more challenging,” says Simpson. As I evolve as a listener and a writer I’m more and more interested in stripping more and more things away, as opposed to adding things. Like what can a song really not get by without? How long does the melody work without changing the chord beneath it? These are the sort of questions I think about during the process. All that said, ultimately the inspiration and passion feels the same. The reason I’m writing is the same. It’s a longing for self-expression, and a realization and externalization of the things I hear in my own head.”

For Simpson, much of what Music for Looking Animals is externalizing are larger questions embedded within the natural passing of time.  What things do we hold onto? What must we let go?  While time has brought certain chapters to a close, new ones have opened.  Family.  School.  Sobriety.  Seeking.  However, part of this recasting of priorities has involved the shedding of some former skins, and much of this process took place within the cathartic confines of writing Music for Looking Animals.  "I think for me, [writing] has always been an expression of seeking. Seeking to know more about myself or the world around me. Seeking to belong or understand. Just expressing myself and communicating who or what I am. What makes me more wholly myself or individual. Or what makes me more human. I think this has been the same throughout my songwriting. For me it’s the way I process being alive."

Sonically, Simpson entered the studio with producer/collaborator Doug Walseth to capture the emotion of the songs within the “Leonard Cohen palette” — i.e. songs bolstered with strings, horns, and background singers rather than layers of electric guitars and keyboards.  At the start of the recording sessions, Simpson and Walseth committed to capturing everything on an 8-track one inch analog tape machine and forgoing the use of computers; however, as the arrangements, layering, and ideas became more complex, the initial approach became limiting.  "Allowing ourselves to move to the computer a few years into the project really opened it up in a wonderful way,” says Simpson. "The thing about taking as long as I do making records is that they end up going through many phases as you work on them. Sometimes you start out thinking you’re making a very sparse folk album, and realize that you’re actually making a pretty dense, lush record, which was the case with Music For Looking Animals. We actually recut the majority of the drums and bass once we moved to the computer, because we realized, as the record thickened and expanded sonically, that we would have done those parts differently. However much of the strings and all of the horns and all the background singers were still from the tape machine.”  Once production and mixing was completed by Simpson and Walseth, the album was sent to Howie Weinberg (The Killers, Cass McCombs, Yeah Yeah Yeahs) for mastering.

While Music for Looking Animals is an attempt at simplification, it is hardly sparse in terms of lyrical and musical depth.  With inspiration drawn from the arenas of psychology and eastern philosophy, the beauty of the natural world, Simpson’s children and wife, old Time-Life books, and the self-stated immenseness of the universe, Mountain Time has become almost more of a state-of-mind than a moniker.  “I am wholly convinced of the paradoxes that exist,” says Simpson. "That love and compassion are the only answers to hate and fear. That vulnerability is the only source of strength. There is so much healing needed both within and without, and that starts at home, in our own hearts and lives. I know it’s tempting to think that that has nothing to do with the state of the world, but I think it might be the only thing that has anything to do with the state of the world.”  It is this type of reflective seeking that brought Music for Looking Animals into existence, and it is this type of seeking that the album invites the listener to embark on after hitting play.

Please stay tuned to spartanrecords.com for updates on Mountain Time, as well as the release for the first music video “Rosemary, Etc.” directed by Tim Kasher (Cursive, The Good Life). 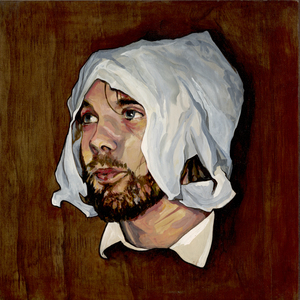 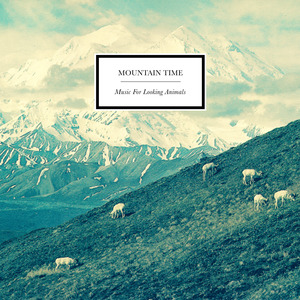