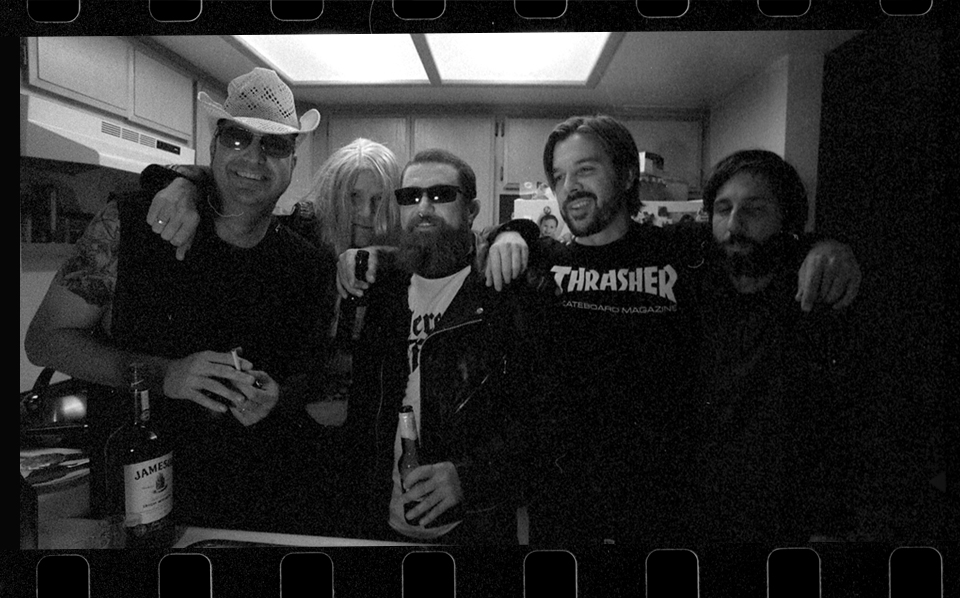 As I walked out the front door and fumbled for the keys to my car, I heard a low rumbling noise from across the street that penetrated all the Orange County environmental sounds that typically populated my neighborhood. Traffic, cell phones, strollers, and ironic conversations all gave way to something foreign -- something alive. A pack of unkempt kids had recently moved into the neighborhood, and while genetically and hormonally programmed to disrupt the peace of the cul-de-sac, they had managed to stay relatively under the radar.

But something strange was going on. Sun-beaten and heavily stickered cars lined the perimeter of the street; cases of beer floated through the front yard, hoisted on shoulders; and smoke rose from behind the back gate, distorting the midday California sun. Curiosity and the intoxicating smell of meat on the grill sucked me toward the house like a tractor beam. Before I knew it, I was following a greasy-haired and sleeveless vagabond through the front door and twisting the cap off of a sweating High Life. It was Sunday afternoon, and despite my best intentions of running to Whole Foods for some quinoa and returning home to catch up on Frasier reruns, I'd somehow found myself at the most bitchin' backyard party ever conceived.

Before I had the chance to expose myself through awkward small talk and Rush references, the partygoers emptied out of the kitchen through a small sliding glass door and amassed in front of a crowded and very-homemade stage. As I pushed my way through a sea of body odor, denim, and half-eaten burgers, a cacophony of sound began to sort itself out. The "chucka chucka" of a fuzzed-out guitar wove between sporadic snare hits, and a gravely voice repeatedly shouted "check, check" into a mangled microphone. Now, forgetting all about the quinoa, I took up my position on the lawn and decided to surrender myself to the afternoon.

A young, platinum-haired girl sauntered across the rickety stage, grabbed the microphone, and turned the ignition.

The band gyrated in unison and, with little warning, tore into their first song "Bandita," which, to the best of my understanding, sounded like it was about a female assassin. Midway through that first song a longhaired drifter shot an elbow into my ribs.

"Ever heard these guys?" he shouted into my ear.

"No, I was just heading to Whole Fo..." before I could finish, he put a greasy finger to my lips and began to launch into some twisted-ass monologue (which I think I remember accurately).

"I've seen these dudes a few times before, only at house parties -- it's really weird. Nobody knows their real names -- it's almost like they've got this fuzzed-out Voltaire thing going on."

I tried to maneuver away from him to watch the band, but he interpreted my escape attempt as an invitation to continue.

"So anyway, the tall signer goes by the name Johnny Scars -- he's the A.J. McLean of the band -- you know, before A.J. got sober. Sort of a cross between a drunk teddy bear and a bull in a china shop. The lead guitar player, they call him Nik Kill. Nobody knows why. I mean, I don't think he's killed anyone. All I know is that he's from the seedy side of San Jose, and that he dropped out of high school to do this."

"To play backyard parties?" I asked.

"Okay," I said, becoming more slightly more interested in the Lucky Scars lore, "what about the other three?"

"Well, we've got Craig Rage on drums. He's the mean one. As far as I know, he's uncomfortable in crowds and has offered up no personal information -- only grunts and middle fingers. And second from the left, you've got K.D. Wish -- the shy one. He's an avid outdoorsman and motorcycle enthusiast. I heard he collects both guitars and weapons."

"What kind of weapons?" I asked. Without answering, the strange party narrator moved onto the next band member.

"Last but not least, there is Don Jose Cuervo de los Burros on bass."

"Let me guess," I said, "he just got out of prison for smuggling illegal piranhas across the border?"

"No, he's actually the head counselor at a rock 'n' roll fantasy camp for at-risk teens," he said with an entirely earnest expression.

At this point my mind was saturated with follow up questions, but before I could formulate any words Johnny Scars leapt from the stage, shoved a tambourine into the strange man's hand and pulled him on stage to add a little extra percussion to the already raucous song "Rules and Laws."

The afternoon slowly faded into evening and the band continued to play on. After the final cymbal crash, I stumbled back through the house, sweaty and buzzed, and wondered what had happened to my neatly packaged suburban Sunday. Across the lawn, I spotted my friend from earlier carrying a road case.

"Hey man, thanks for all the info -- I really enjoyed the show," I said, now maneuvering myself slightly too close to his face, "they sounded a bit like Sense Field to me, maybe with a dash of Ignite."

The longhaired man thought about what I said for a minute and quietly responded, "Yeah, I don't hear it." Without any additional commentary, he turned and continued to help the band load gear into their busted, white van. I walked in a slightly zigzagged pattern back to my front door where, once inside, I would collapse on the couch and wake up the next morning wondering if the previous afternoon had even happened at all. 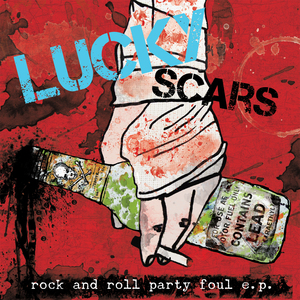