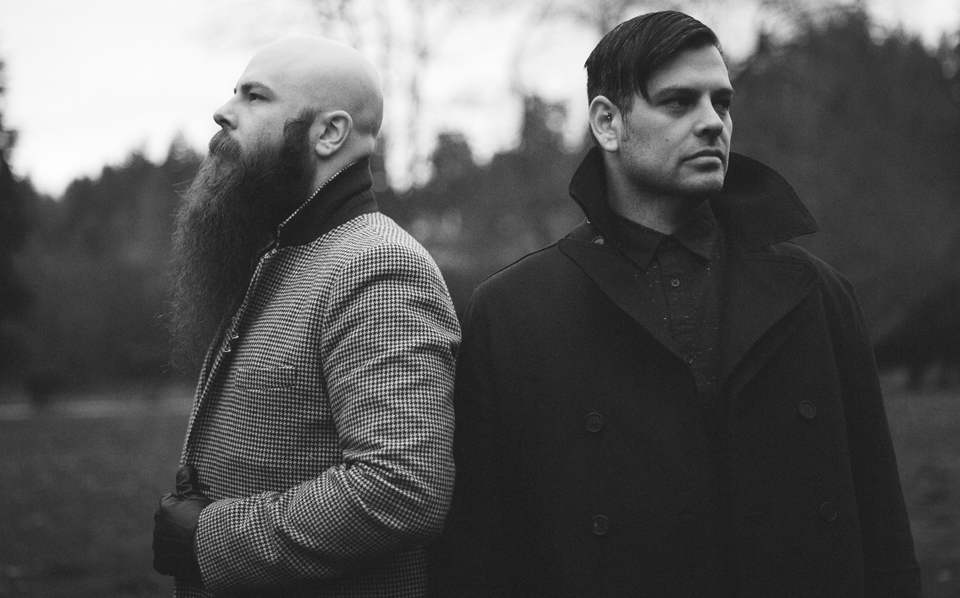 This is not a story that has been calculated, engineered, or premeditated, nor is this a project that has been "years in the making." A rough draft does not exist and blueprints were never drawn. The NYVES narrative is something that nobody expected; it is a concept born out of the purest creative intentions, masterfully executed by way of instinct and organic collaboration. While aesthetically driving, layered, and complex, at its core Anxiety represents a pause. A release. An exhalation.

After sixteen combined releases and over 850,000 records sold, Ryan Clark (lead vocalist/songwriter of Demon Hunter) and Randy Torres (former lead guitarist/songwriter of Project 86) faced no pressure to reinvent themselves. In tremulous musical times, the two artists represent time-tested stability on all fronts: consistent releases, unrelenting touring, critically adored records, unwavering album sales, and rapidly compounding fan adoration. With no ulterior motives for a divergent project, NYVES emerged from completely unadulterated intentions. What began as a cathartic outlet centered on a mutual love for moody, electro-rock music resulted in one of the most gorgeous full-length records of the year. Dark, pulsing soundscapes are woven together by Clark’s instantly identifiable vocals; resonate layers are balanced by Torres’s crystal clear and expert production; and high levels of experimentation are outweighed only by melodic sensibility and sonic accessibility.

“I’ve been playing/writing hardcore and metal for the past 20 years, so when the chance to do something completely different presented itself, I jumped at the opportunity. With NYVES, I can channel my inspirations into something new, and it fulfills a different side of my creativity. Randy came to me with some amazing ideas -- the kind of songs I’d hear in my head when I imagined doing something different,” says Clark.

“We share so many musical influences, and we’ve always wanted to do a project together,” adds Torres. “The artists that influenced NYVES have amazing sounding records and that became a driving force in the process of creating this record -- to create something equally as great.”

Anxiety stands beautifully alone as a parenthetical expression embedded within two illustrious careers. While not immediately evident in their primary projects, bands like Depeche Mode, Nine Inch Nails, and White Lies have always been driving inspirations for both Clark and Torres. Musically, Anxiety pulls from these darker and more synthesized influences, but does not stray so far that a fan of either Demon Hunter or Project 86 will find him or herself in completely uncharted territory.

“There is an overarching darkness and depth to the NYVES stuff that I think will resonate with Demon Hunter fans… almost as if the typical DH ballad took an electronic approach. The same could be said for fans of Project 86,” says Clark. “There has always been a subtle element of electronic presence in the bands we’ve done in the past, so you could say it’s almost as if we took a microscope to those pieces and created a project that really magnifies them.”

After floating some conceptual demos back and forth, Torres and Clark made the decision to pursue a full-length record, adopted the moniker NYVES, and fully immersed themselves into the songwriting and production process. Half of the record was produced at Torres’s personal studio in Seattle, WA, and the remaining half came to life in a remote and picturesque self-built studio in Joshua Tree, CA. Intent on maintaining the artistic integrity of every piece of the NYVES project, Anxiety quickly became a family affair. Clark and Torres handled all music production; visual art was brought in-house and executed by Grammy-nominated design company Invisible Creature (see: Clark’s other day job); photographic imaging was captured by Torres’s wife; and the band’s longtime friends/label collaborators at Spartan Records joined the team to help transform visions into realities.

“This is the essence of NYVES,” says Clark and Torres, “friends collaborating and creating art together. Since this is a brand new concept for us, we can do whatever we want, and there’s no wrong way. We have complete trust in each other to make legitimately soulful contributions to the project.”

From its genesis to its completion, the NYVES project has been described as an exercise in freedom -- total independence from the typical industry hoop jumping associated with a major commercial release. Thematically, this commentary brings about an interesting question: why stamp such a freeing and cathartic project with the title Anxiety?

"I personally don’t deal with anxiety. I know plenty of people that do, and I understand that it affects a lot of people," says Clark. "I would assume that music helps those that are afflicted by it. In acute moments of stress, I know music can help me escape. Titling the album Anxiety is almost an attempt to take its power away. The subject matter within the record deals with many existential issues, and things that consume our minds throughout our daily lives -- it’s ultimately meant to be a source of comfort and release."

Historically speaking, new project announcements are met with conflicting emotions: elation over new material, and fear that the birth of something new signifies the demise of something existing. Without hesitation, Clark offered both clarification and reassurance about his future path as a musician.

“I will always have a love for heavy music. In no way is this project meant to symbolize my “moving on” from metal, or anything of the sort,” says singer Ryan Clark. “I just love to explore as many creative outlets as I can, while I still can. With any band or project, once you’ve been doing it for a decade or more, there are certain things that are more or less expected of you, which is fine. NYVES allows us to create something from nothing all over again, and write a new set of rules, which is exciting.”

Anxiety stands on its own merits. It is a parallel path, built upon its own foundation. It is a clean cut. 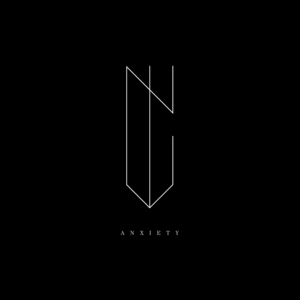